Chonburi police and public health officers raided what they described as an illegal warehouse and reportedly found more than 100 million bahts worth of medical gloves which were then seized today.

The relevant agencies arrived at the warehouse in Huayyai with a warrant issued from the Pattaya Provincial Court.

Mr. Wichanwit Supan, 26, was present at the warehouse as what he described as a “caretaker” but denied he was an owner or manager and stated he was unaware of any wrongdoing.

Thousands of MSCS medical rubber gloves were found inside the warehouse.

Ten boxes of gloves inside each box were being prepared to be sold for 2,500 baht according to Colonel Suktat. 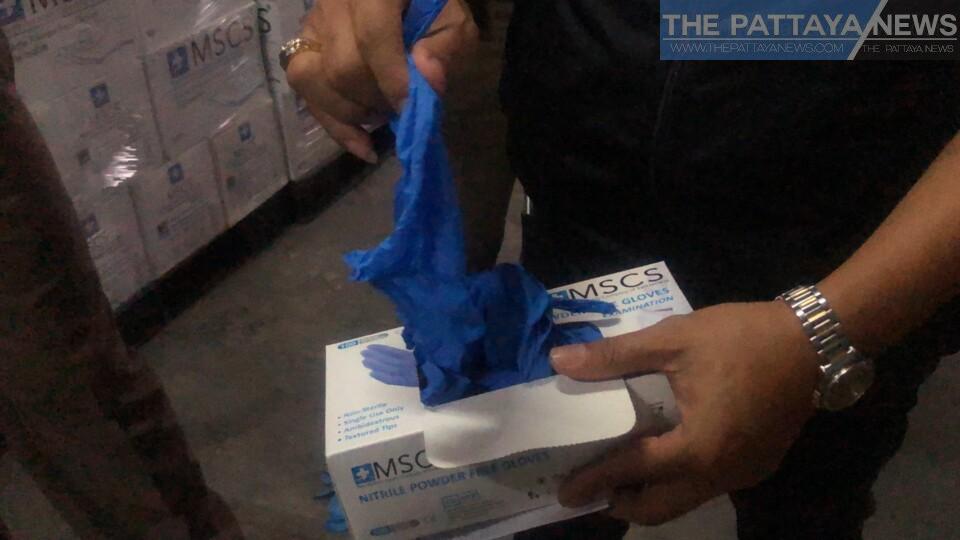 Colonel Suktat told The Pattaya News reporters “The warehouse had not been registered as a medical production facility.”

“The raid came after Thai law enforcement officers received a consumer complaint from a foreign businessman who stated he ordered and paid for a large number of medical gloves from this “company” but claimed he did not receive the exact agreed-upon amount for his order and was refused any sort of refund or customer care. After attempts to resolve the situation with the gloves “company” failed, he filed official legal complaints with appropriate law enforcement agencies, prompting the investigation and raid.” Colonel Suktat explained.

“Officers contacted the glove brand operator, MSCS, but they stated that they are not involved with this factory and had not given the appropriate brand licenses to this “company”.” Colonel Suktat continued.

“The warehouse in question is owned by a foreign national, although as this case is under investigation still we are not yet ready to reveal their name or nationality to the media.” Colonel Suktat stated.

“However, we are hunting for the warehouse owner to face legal action which could face penalties such as being imprisoned for up to one year or a fine of up to 100,000 baht or both.” Colonel Suktat concluded. 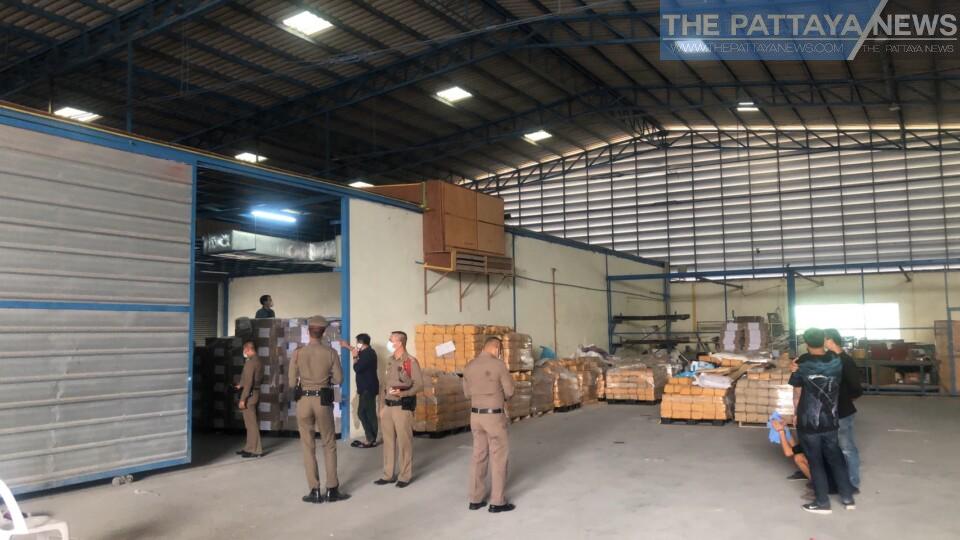